Your boss wants you back in the office despite COVID. Here's why

Bosses are recommitting to their company offices even as Omicron is extending the remote working trend that has kept many of their workers laboring at home since COVID-19 erupted in early 2020.

In a sign that leaders still put a priority on togetherness, office leasing in Los Angeles County finished the year in positive territory after falling during most of the pandemic.

The shift suggests that executives are bullish on the future of their businesses and have decided that offices are important to have even if their employees keep working remotely some of the time in the years ahead.

“People like the hybrid model” of splitting their labors between the office and home, CBRE real estate broker Todd Doney said, “but the thought that offices are dead is far from reality. Offices will be an important component for companies going forward.”

You wouldn’t know that from walking into a typical office building these days.

The number of people working in them has been low since the start of the pandemic and then dropped substantially when the Omicron variant surged. Average office population in the country’s largest metro areas fell from nearly 40% in mid-December to 28% the week of Jan. 5, according to Kastle Systems, which provides key-card entry systems used by many companies and tracks patterns of workers’ card swipes.

In the Los Angeles area, the average office population was 26.5% as the year began. Omicron has been a drag on occupancy, said John Barganski of Brookfield Properties, downtown L.A.'s largest office landlord.

Population in Brookfield’s buildings, which include some of the city’s most prominent skyscrapers, stabilized at more than 20% in 2021. Barganski had anticipated that number would start to climb early this year, but in the face of Omicron, tenants are again pushing back their return dates, to later in the first quarter.

“They’re definitely planning on being back,” he said, “perhaps a little slower” than they had hoped a few months ago.

How many workers will be expected in the office on a given day has yet to be determined by many companies as they strive to manage shifting desires from employees, many of whom have taken a liking to working on their own.

Nearly three-quarters of respondents to a recent survey by international workforce consulting firm Korn Ferry said they would return to the office now if mandated to do so, but 27% said they would refuse to go back in, even part-time, or would simply quit.

The split on how people feel the office would affect their psychological well-being reflects today’s uncertain times, including the waxing and waning pandemic, said Dan Kaplan, a senior partner at Los Angeles-based Korn Ferry.

“Seemingly every day we think we finally have stability, and then we don’t,” Kaplan said. “Back-to-the-office is caught in the middle of that.”

For its part, Korn Ferry will continue to maintain offices, he said, but is not forcing people back to work.

Working in the office with your peers is a boon for your state of mind, asserts Elizabeth Brink, a regional managing principal in the workplace consulting practice at architecture firm Gensler.

“I firmly believe the overall mental health of employees is improved by coming in some of the time,” said Brink, who began to return to her Los Angeles office last summer. “Interaction is really critical to mental health.”

In a workplace survey last year, Gensler found that workers at top-performing companies prefer the office for a much wider range of activities than workers at unranked companies, including deep concentration, brainstorming and creative tasks.

Gensler defined top-performing companies as those recently ranked on such lists as “most admired, “best places to work” and “most innovative” firms.

Workers at those companies also want the flexibility to work from home and other locations outside of the office sometimes. Other places to work may include independent coffeehouses or outdoor spaces set up by their companies for work, meetings or relaxation.

Leaders at top-performing companies value in-person interaction and see the physical workplace as a means to drive performance and innovation, Gensler found.

“People are realizing how important relationships are for doing great work, not just being productive,” Brink said.

Although these companies will be flexible about where people work as they return from pandemic isolation, they also want to have people who work as teams to come to the office at the same time.

Some companies say they will need more space in the future to create a collaborative, engaging environment and inspire people to work in the office instead of elsewhere.

Gensler found 44% of top-performing companies, compared with only 12% of unranked companies, expect to need more real estate post-COVID-19 — and 27% said they expect to increase their real estate footprint by more than 25%.

Landlords naturally hope that tenants will expand their offices in the years ahead, but many companies are looking for ways to reduce their rented space as their employees choose to work off-site at least some of the time.

Healthcare firm MedPoint Management, for instance, shed half of its office space last year while keeping its staff of about 800 workers intact. Half of them work mostly at home and the rest toil at home some days and in their Sherman Oaks office on others.

Office leasing in the fourth quarter demonstrated the staying power of offices even as some companies such as MedPoint find ways to pare back their space.

Overall vacancy (unleased space) remained high at 17.9% in Los Angeles County, higher than it was in the same period a year earlier but slightly less than in the third quarter, when vacancy was 18.2%, CBRE said.

Moving the needle were big leases by entertainment firms such as video game developer Riot Games and television streaming provider Roku Inc. Many favor Westside neighborhoods or the South Bay, where the Los Angeles Chargers agreed to rent a new headquarters built to their specifications in El Segundo.

Google has agreed to lease most of the former Westside Pavilion indoor shopping center, which is being converted to offices by two different developers, one of which is Hudson Pacific Properties Inc. The former midcentury Macy’s building there is being turned into an office complex called West End and owner GPI Cos. is seeking tenants.

Other new big office projects, including Brookfield’s California Market Center, are helping keep average vacancy in the Los Angeles area high, CBRE said. Brookfield announced this week that sportswear manufacturer Adidas agreed to occupy the top floors of two interconnected buildings at the center, a massive former showroom complex in downtown L.A.'s Fashion District that Brookfield has spent more than $250 million on to turn into offices for rent.

After sputtering in the first half of the year when many tenants were reluctant to make commitments, leasing in Brookfield’s buildings finished so strong that the totals came near the level of a typical pre-pandemic year, Barganski said.

“I think companies found that they were performing financially better than they thought they would,” he said.

Office landlords have remained determined to keep their rental rates up throughout the pandemic. Asking rates in Los Angeles County increased to $3.92 per square foot per month in the fourth quarter, up from $3.88 in the previous quarter and $3.74 in the same period a year earlier. Related posts
Your boss wants you back in the office despite COVID. Here's why

latimes
Why Are You STILL Struggling In Real Estate? Here's The #1 Reason!

Construction news, jobs and co...
Is Your Mindset Holding You Back from Your Full Potential? Here's How to Change That w/Tim Parnell

Construction news, jobs and co...
Why the Outlook for REITs Is Positive, Despite Headwinds

Broadcast Media Production and...
Making the hybrid office possible – Swedish Proptech is encouraging employees back to the office 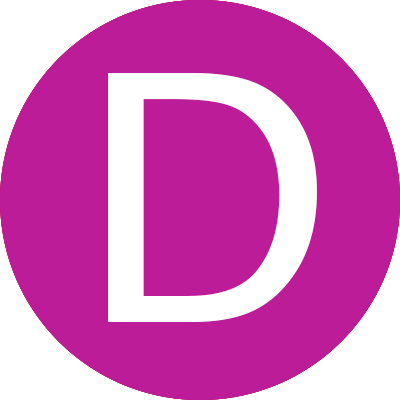